Top 10 Reasons Why Educators Should Care About Bullying

October is National Bullying Prevention Month. The Florida Department of Education defines bullying as systematically and chronically inflicting physical hurt or psychological distress on one or more students or employees that is severe or pervasive enough to create an intimidating, hostile, or offensive environment; or unreasonably interfere with the individual's school performance or participation. 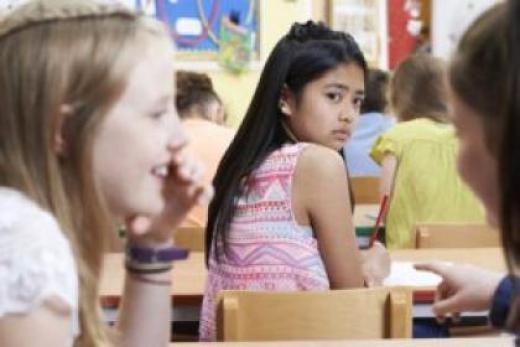 Dr. Lyndsay Jenkins, a faculty member in the School Psychology and Counseling Psychology and School Psychology programs, is currently working with a team of students to better understand bullying and ways it can be decreased by increasing peer and adult responses to bullying. Read on to learn her top 10 reasons why educators should care about bullying.

1) Bullying is linked to many mental health difficulties for youth.

Youth involved in bullying are at a greater risk of a number of mental health difficulties, such as elevated levels of depression, anxiety, and loneliness. This includes both the bullies and the victims. Some victimized students even report PTSD-like symptoms. There is growing evidence to suggest that bullying is linked to later dating violence.

Being the victim of bullying not only impacts student's mental health, but can also lead to lower academic performance, including GPA, standardized tests, attendance problems, and poorer attitudes toward school. A recent study found that mental health difficulties explain the connection between being victimized and academic problems, with a rationale that the mental health problems associated with bullying interfere with students' ability to engage in the classroom.

3) Bullying can have long-term negative outcomes extending into early adulthood, in some cases.

There is mounting research that bullying is linked to both short-term and long-term negative effects which suggests that bullying is not just a normal part of growing up. Research has shown that being a victim is related to immediate social, emotional, and academic difficulties which can continue for months and years, even after bullying stops.

4) Peers and/or adults at school witness the majority of bullying episodes.

Research has shown that the vast majority of bullying incidents are witnessed by peers or adults at school. When thinking about cyberbullying, the audience can be quite large.

6) Even though bystander intervention is helpful

Earlier research demonstrated that nearly 60% of bullying episodes stop within 10 seconds if someone intervenes, which suggests that when other students intervene, bullying is likely to stop. Research investigating the effectiveness of bullying prevention programs has found that programs promoting bystander intervention are more successful at reducing bullying than programs that do not have a bystander component. Educator responses to bullying are equally important. When school staff intervene, there tends to be a more positive school climate and higher student reports of safety at school. Other research suggests that students take cues from teachers, so if teachers are ignoring bullying, the students are more likely to ignore bullying as well.

7) Cyberbullying takes bullying off school grounds and outside of school hours, even during the summer.

One major concern about cyberbullying is that youth can no longer get a break from bullying after leaving school grounds. Phone calls, texts, and social media posts can be used to cyberbully at all hours of the day and night. Some electronic mediums allow for anonymity of the perpetrator, while others can push content to very large audiences. Recent research reported that cyberbullying was related to mental health problems above and beyond difficulties associated with traditional victimization.

8) Bullying and suicide are linked, but bullying is not a direct cause of suicide.

Media reports often report a direct link between bullying and suicide, but research suggests that suicidal thoughts and actions are more strongly related to symptoms of mental health distress rather than bullying.

10) Teachers can also be victims of bullying from students, administrators, fellow teachers, or parents.

Research on teachers as victims of bullying is fairly new, but growing, and existing studies have shown that teachers who are victims of school violence have higher rates of stress. Students tend to be the perpetrator of teacher victimization, but administrators, other teachers, and parents can also be perpetrators.