The Retirement of Pfeiffer, Tenenbaum and Darabi | College of Education

The Retirement of Pfeiffer, Tenenbaum and Darabi

Retirements are always bitter-sweet. On one hand, we get to honor a lifetime of work and the important careers of two individuals. On the other, we say goodbye to three Florida State faculty members who made a huge impact on the College of Education. Dr. Steven Pfeiffer, Dr. Gershon Tenenbaum and Dr. Aubteen Darabi retire this month, and we wanted to take a moment to highlight some of their accomplishments during their long and storied careers. 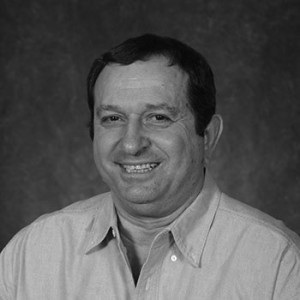 When Tenenbaum started at Florida State in 2000, he had already had an impressive career in academia. After graduating from Tel Aviv University with his B.A. and M.A., he received his Ph.D. at the University of Chicago and began working at the Ribstein Center for Research and Sport Medicine Sciences in Israel. He then worked at the University of Southern Queensland in Australia before coming to Florida State. Back then, the Sport Psychology Lab did not seem like much. Tenenbaum had access to simple equipment, like heart rate monitors, handgrips, and a biofeedback system that tracked temperature and skin conductance. Over the 19 years Tenenbaum would serve at Florida State, he helped grow the lab and invested in high-tech equipment. Two of the most important purchases were the eye-tracking technology and the electroencephalography caps, which measure the brain’s electrical activity. Along with technology to measure reaction time, these additions to the FSU Sport Psychology Lab have helped Tenenbaum and his peers with a wide variety of research projects.

Beyond his impact on the Sport Psychology Lab, Tenenbaum has made a name for himself by helping his students connect with other members of the sport community. He consistently used his network of professionals and former students to help his current students discover new possibilities and make new contacts. “I came to FSU to study under Dr. Tenenbaum,” says Yonatan Sarig, doctoral student in sport psychology. “Besides being the most knowledgeable professor I ever had, his caring and compassion are unparalleled. He made my first year at FSU a cherished experience.” Tenenbaum has received a number of awards during his career, including the FSU Prestigious Professorship Award and the Distinguished Scholar Award from the Association for Applied Sport Psychology. He was also named the Benjamin S. Bloom Professor of Educational Psychology at FSU in 2005.

Steven Pfeiffer: The Gifted and Talented 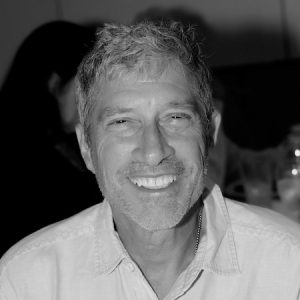 Pfeiffer has always had an interest in gifted and talented students, but his students and peers would view him as the gifted and talented one. The author of nearly 200 articles and books, Pfeiffer has been a prodigious force in the Educational Psychology and Learning Systems department at Florida State. Pfeiffer has been at the FSU College of Education for 16 years. Before his time here, he worked as a professor at Duke University and as the executive director of Duke’s Talent Identification Program (TIP). He also worked in the Institute of Clinical Training & Research at Devereux Advanced Behavioral Health. Throughout most of his career, Pfeiffer has also had a practice, putting his skills that he teaches to practical use. He also served as a clinical psychologist in the U.S. Navy Medical Service Corps and as a pediatric psychologist in New Orleans, Louisiana.

As an advocate for supporting gifted children, Pfeiffer has had the distinction of testifying at the White House in 1993 during Bill Clinton’s presidency. His expertise has even gained worldwide attention, with invitations to testify in front of the Italian Parliament on the value of gifted education in Italian schools. More recently, he was elected president of the American Academy of School Psychology. Despite his professional accomplishments, Pfeiffer cites working with his students as a favorite part of his career. Whether on campus or at a conference, he has loved helping his students grow professionally. At his going away party, Pfeiffer’s students gathered to commemorate and celebrate his time at FSU. “I have been thrilled and honored to have Dr. Pfeiffer as my major professor,” says Dowon Choi, doctoral student in counseling and school psychology. “He always generously shared his time and wisdom whenever I needed his guidance and advice. Even more, when I struggled to adjust here, I felt that he took the time to understand my perspective and biculturalism; I really felt understood by him.” 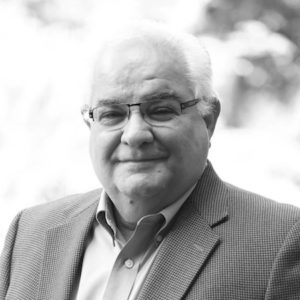 Florida State has long been a leader in instructional design, and professors like Aubteen Darabi are part of the reason. Darabi has worked at Florida State first as a research associate and then as a project manager at the Center for Educational Technology. In 1994, Darabi became an administrator for the State of Florida. Finally, in 2000 he joined the Learning Systems Institute (LSI) as an assistant professor. During his time at the LSI, he became the director of the Center for National Security Training and Research and the director of the Center for Learning and Performance Systems. Over the years, Darabi worked on a number of research and creativity grants. In total, he helped bring in more than $10 million toward research projects. He also authored more than 30 refereed articles and book chapters, as well as presented at countless conferences. He primarily focuses his research on applying learning and teaching strategies to improve learners’ skills in performing complex cognitive tasks.

Darabi also worked in developing training systems for the U.S. Department of Homeland Security in 2010. His work earned him the 2011 Innovators Award from FSU. Furthermore, he was a semifinalist for the Homeland Security Award. This project significantly increased the recognition of LSI and FSU both nationally and internationally. Darabi's work also earned him recognition from FSU and he was nominated for the Graduate Teaching Award. In 2012, he won the Transformation Through Teaching Award which recognizes Darabi's "intellectual, inspirational, and integrative impact in the life of students." We want to thank Dr. Tenenbaum, Dr. Pfeiffer and Dr. Darabi for their contributions to the College of Education. The many lives that you three have touched cannot be counted or measured, and we wish you the best of luck in all of your future endeavors!