In Memory of Hailey Marie Mullen | College of Education

In Memory of Hailey Marie Mullen

A graduate of Dixie Hollins High School, Hailey Marie Mullen received her associate's degree with honors from Saint Petersburg College prior to enrolling at FSU. On November 19, 2018, while returning home from class with her grandmother, Hailey perished in an automobile accident. Hailey was well known and well liked, and she will be sorely missed. Family and friends knew that she was always looking to help others, which influenced her chosen career path majoring in Visual Disabilities Education. Her life was cut too short and this tragedy will deprive so many of what she had to offer. 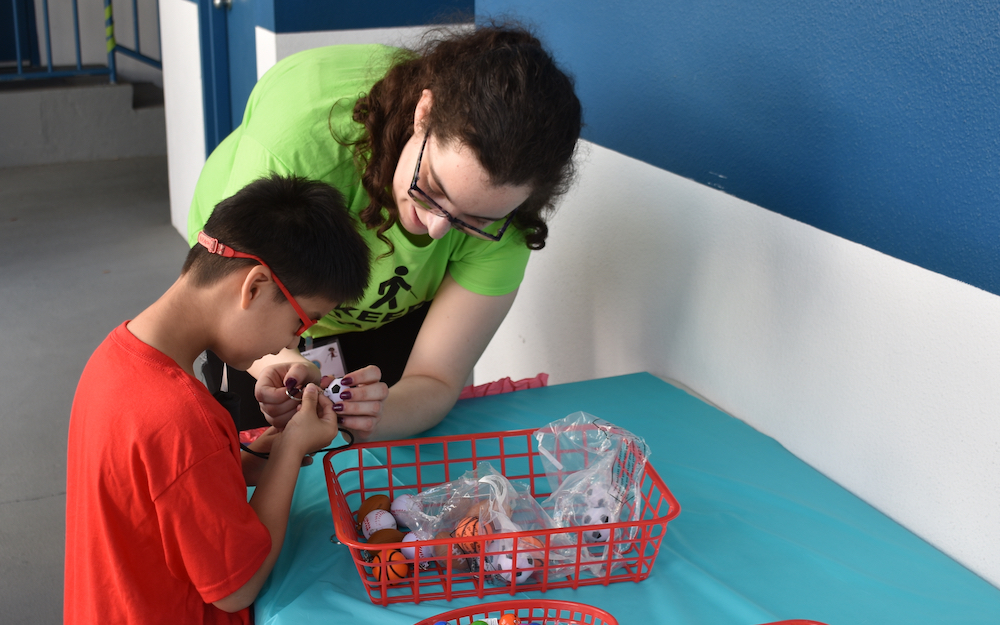 Sue Glaser, Hailey’s advisor at FSU, shares her story:   “She was the glue that held the group together,” observed an adjunct instructor less than a week after Hailey’s tragic passing. Her absence from class made it evident what an impactful presence she had on her classmates and FSU’s satellite program in Visual Disabilities Education, located at the University Partnership Center on the Seminole campus of St. Petersburg College. Though the classes were small and Hailey’s time in the program was cut short, she did not waste time in affecting the lives of those around her. Hailey first inquired about FSU’s satellite program long before she graduated with her Associate in Arts degree from St. Petersburg College. That was Hailey. Always planning ahead, diligently following through with her plan, and paying careful attention to the details along the way. Once Hailey started classes, she influenced her classmates with her foresight and organizational skills in the same way, reminding them of upcoming deadlines and assignments. She was the first one others went to when questions arose. It was not just her classmates that Hailey influenced. When it came time to start her first practicum experience, she wasted no time. She reached out to a teacher of students with visual impairments (TVI) in Pinellas County Schools and chose to work with a young student who was visually impaired with multiple disabilities, a population that could leave experienced teachers hesitant or unsure. Hailey’s face lit up whenever she spoke of this student and everything she learned from the knowledgeable TVI she was observing. After a few months of the practicum experience, Hailey proudly described the lesson she planned to teach to this young child. She explained the careful considerations she made to meet the child’s unique needs and learning style. She rejoiced in the challenge of learning how to communicate based on the child’s subtle movements, vocalizations, and patterns. She was not one to shy away from a challenge. Even while working and taking a full course load of classes, Hailey found time to volunteer one of her Saturday mornings at a one-of-a-kind competition for school-aged cane travelers from around the state. Over 40 students with visual impairments and their families attended Florida Cane Quest in November of 2018, a student-family event run by the Florida Instructional Materials Center for the Visually Impaired. Before the contestants put their travel skills to the test, an exciting morning of educational activities took place. Hailey learned the morning of the event what her assignment would be and she did not hesitate to jump in and make the students and their families feel welcomed. Like an experienced teacher, Hailey taught skills to the students with visual impairments with descriptive instruction, minimal physical assistance, and plenty of patience. Hailey’s innate patience, calming demeanor, strong work ethic and joy for working with children made her a natural teacher. In only a few months as an undergraduate student in the Visual Disabilities program, Hailey Marie Mullen positively affected many lives, who will in turn, affect many lives to come and continue what she started in August of 2018.

In her memory, her family and friends have created the Hailey Marie Mullen Endowed Memorial Scholarship to inspire countless students to follow her example and strive to help others. Eligible recipients of the Hailey Marie Mullen Endowed Memorial Scholarship shall be a student in the Visual Disabilities program in the College of Education who have demonstrated academic ability, financial need, and the desire to help better the community. The Family of Hailey Mullen has a two-year plan to create a permanent $25,000 endowment for a scholarship in Hailey’s name. While they build this endowment, they seek support in raising $2,000 so that a $1,000 scholarship can be awarded in the Fall of 2019 and 2020. Please consider giving what you can to honor her memory and support future generations of students in Hailey’s name.