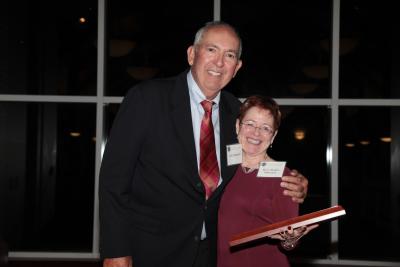 Dr. Lou Brown (special education and vocational rehabilitation Ph.D. ’69) passed away earlier this month. Brown had a tremendous impact on special education, transforming not just the field, but countless lives during his storied career.

After he received his doctorate from FSU, he became a faculty member at the University of Wisconsin-Madison where he taught until 2003. Retirement did not slow him down; he continued to serve as professor emeritus, frequently presenting as a guest lecturer and consultant. During his tenure as a professor, he shaped the next generation of special education students.

While today the prevailing thought is that individuals with intellectual disabilities should have access to the same opportunities as everyone else, that was not always the case. Originally, people with disabilities were segregated to their own schools. Brown, however, believed that the practice hurt students and called for an end to segregated services.

To accomplish this goal, Brown started the organization that is now called TASH in 1975 with others who had similar beliefs on inclusion and rights for their constituents. TASH became a leader in disability advocacy and worked to turn its “radical” ideas of inclusion and ending segregated services into mainstream ideas. By incorporating research and listening to individuals with disabilities and their families, TASH became vocal advocates for change and worked directly with government agencies, including state legislatures and even Congress.

Dr. David Westling, who was a professor of special education at FSU from 1977 until 1997 and knew him professionally, remembered Brown as a “radical” and “pioneer” in the field. Westling says that Brown and his peers in the inclusion movement “simply thought that there was a better way to educate students with intellectual disabilities, ways that would lead to better outcomes in their adult lives.” Westling adds that Brown’s “writing and research were dedicated to the proposition that everyone should enjoy a meaningful life in an integrated society. This makes a lot of sense now to most people, but forty plus years ago, this was a radical position to take.”

Although Brown’s beliefs were considered extreme for the time period, Westling says that his personality sold his ideas and helped convinced people that integration was the right way forward for special education. Brown was not afraid to be direct with his beliefs, but his “humor and friendly personality lightened the environment and made a difficult topic much easier to discuss,” according to Westling. 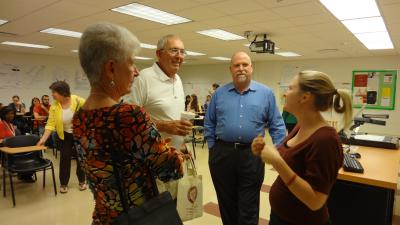 For his efforts in changing the field of special education and his impact on individuals with disabilities, the College of Education recognized Brown in 2011 with a Distinguished Educator Alumni Award. His work and legacy continue on through his former students, colleagues, TASH, and the countless lives he helped improve.