After completing all the prerequisites for entry to a graduate program in the College of Education at FSU, I was told by my department head that my final hurdle was to enroll in and successfully complete Dr. Ken Brewer's EDF 5400 Statistics course. It was the fall semester of 1988. I was 37 years old and like so many others of Brewer's students, had been absent from a formal higher education learning environment for more than 10 years. I was terrified, but also confident, attributable to having spent a lifetime as a student, teacher, trainer and educational consultant. I was well acquainted with the “academic game.”

What I encountered during that first semester, however, required the abandonment of virtually everything I thought I knew about teaching and learning. Dr. Brewer insisted that I and his other students drop the "Dr." and refer to him by his last name “or any other of our choosing.”

Brewer was not only acutely aware, but also deeply concerned with the applications and publications of statistical errors in social science research. As a result, he adopted a teaching philosophy and role as a change agent. He was the son of a Baptist preacher, born in Louisville, Kentucky and raised in rural Arkansas, and the student of several of the grand masters of modern statistical theory and application. As such, he possessed not only an impeccable knowledge of statistical theory and the defensible applications thereof, but also the mindset of a helping professional accompanied by a demeanor and vocabulary that best suited his student's grasp of difficult concepts. The concept of “least squares,” he often said, is immutably connected to every application of statistical theory. “It is like drinking from a spittoon. They cannot be separated.”

Brewer knew instinctively that teachers are agents of change and was a master at moving students from the path of believing learning to be that which they had encountered during their previous academic lives to one requiring substantially more of their cranial capacities. He required their understanding of statistical concepts rather than the accumulation of memorized facts and arithmetic formulas to be “regurgitated” periodically. He did not evaluate their understandings until he felt they were ready for such, and this he judged by the quantity and quality of questions asked in class and his office.

Brewer also knew that not only was his students’ comfort with their path of prior educational successes an obstacle to his ultimate objective, but also that moving them from such to a much more rewarding and important destination would require that he offer his time, compassion and steadfast commitment to the necessity of trust. To that end, he made himself available to his students 24 hours a day, seven days a week. His office door was rarely closed. To diminish students’ reluctance to cross his threshold, he in effect invited them to his office by joking that he was “bribable with treats, desserts and small appliances.” They "needed only tell him which loading dock to back up to." He also gave them his trust by allowing unlimited time and access to any and all resources “except a live consultant” during evaluations. This was his only rule, which he brutally—though rarely—had to enforce.

He did, however, have a “cardinal sin” that he warned students never to commit: "You will henceforth, forthwith and forever more be forbidden to use the word ‘significant’ in any context save for that which you will soon be apprised.” Brewer held students accountable only for what took place in the sanctuary that was his classroom and made numerous resources available to them to facilitate their need for repetitive exposures. Among these were his published texts, videotapes of his lectures and copies of the exams from previous semesters available in the COE library. He also encouraged students to use audio recorders during class for their mastery of the language of statistics. And just as importantly, he recognized the value of a trusted ally, closer in stage to his students and the role such a person could fulfill in achieving his desired outcomes.

It was this role in which I, for eleven years, conducted weekly help sessions for all of his EDF 5400, 5401 and 5410 offerings. Brewer knew that each semester’s class presented him with a unique culture in which to engage and he was wonderfully adept at getting behind the eyes of those who depended so heavily on his ability to grease the wheels of long-dormant grey matter. He and I had similar roots, analogies and colloquialisms, such that the time required to convince them that he was “on the same side of the fence as they, trying his best to push them over” was minimized. Brewer was intensely self-critical and not only prepared before each class, but also stewed over what he could have done differently during that day’s presentation. He was so absorbed in his preparations and presentations that he required one of his students to retrieve him from his office five minutes before class and another to “shut him up” five minutes before the end.

Brewer was an artist in every sense of the word with an unmatched intellect and determination for minimizing error. He was a master at explaining difficult concepts for opening the doors to his student’s enlightenment of prudent real world trajectories and the discovery and proliferation of reasonable conclusions. He was loved by those students who “bought in” to his objectives and sometimes maligned by those who didn't. He grieved at the conclusion of each semester from having to say goodbye to those he had taken under his wing, and especially those who missed the boat, placing most of the responsibility for such on his own real or perceived errant brush strokes. Brewer was for me—and many others—a friend, ally, mentor and unforgettable teacher. He has left an indelible mark on the lives of many and is and shall forever be missed. 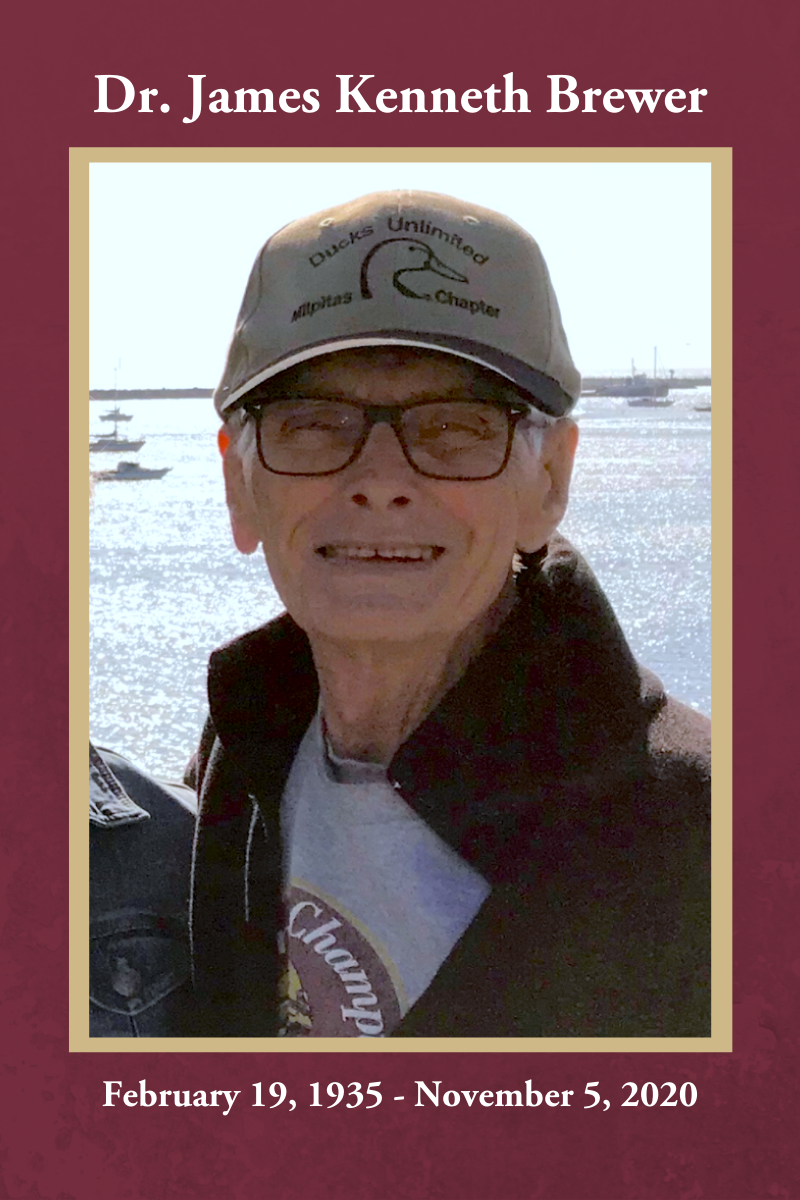