The 2021 Marvalene Hughes Research in Education Conference takes place March 26. Each year, the conference invites students and faculty members to showcase their work, as well as to help facilitate cross-departmental and cross-campus collaborations. Each year, the event also features a group of keynote panelists, who discuss important issues. This year, the panel will discuss building and sustaining strong partnerships. The discussion will be moderated by College of Education Dean Damon Andrew.

You can learn more about the keynote panelists below. Registration for the event is free and can be done here. 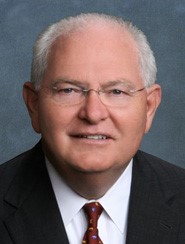 Bill Montford serves as the Chief Executive Officer (CEO) of the Florida Association of District School Superintendents (FADSS). During his distinguished career, Montford served in the Florida Senate from 2010 to 2020. Previously, he served on the Leon County Commission and as Leon County superintendent of schools. A lifelong educator, he began his career in teaching in 1969 and later moved into administrative and leadership positions. In 2008, the William J. Montford, III Middle School in Tallahassee was named in his honor by the Leon County School Board for his dedication to the Leon County School District and to the Tallahassee/Leon County community. Senator Montford also recently received the Florida State University Circle of Gold Award in 2020. This award recognizes an elite group of individuals who, through their service and achievements, personify the university’s tradition of excellence. 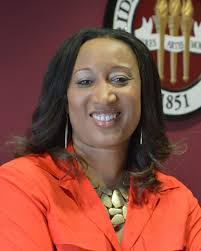 Dr. Latara Osborne Lampkin is a Senior Research Associate at the Florida Center for Reading Research at Florida State University (FSU). As a policy and research scholar, her research spans both K-12 and higher education and is largely conducted through collaborative partnerships with practitioners and policy-makers. For the past decade, Dr. Lampkin has been engaged in large-scale, federally funded projects that focus on the local implementation of policy and reform efforts, particularly initiatives aimed to increase the educational outcomes for underserved student populations. In her role as a research scientist for the Regional Educational Laboratory Southeast (REL Southeast), she serves as the principal investigator on various multi-year, interdisciplinary studies and technical assistance projects conducted in partnership with state and local educational agencies and higher education institutions and leads the REL-Southeast’s Post-Secondary Success at Historically Black Colleges and University (HBCU) Partnerships. These partnerships are designed to produce rigorous, policy and practice-relevant resources to inform initiatives and innovations in post-secondary settings and to enhance partnering institutions’ capacity to engage in collaborative research with state, local, and community educational agencies and other higher education institutions to increase the outcomes of students in K-12 and post-secondary settings. Dr. Lampkin has also developed partnerships with other Minority Serving Institutions, non-profit, and community-based organizations to leverage researcher-practitioner-community partnerships to enhance the access to evidence-based resources and to increase the use of research and evidence-based strategies improve student outcomes for diverse student populations. 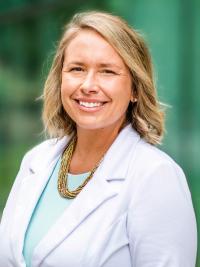 Carrie Henderson, Ph.D., is Executive Vice Chancellor of the Florida College System and a proud graduate of the FSU College of Education. She plans, directs, and coordinates the implementation of policies pertaining to academic and student affairs as well as assessment and accountability for Florida's 28 colleges. With leadership experiences at the institution and national levels, she has extensive knowledge of the role of community colleges in the U.S. higher education landscape. 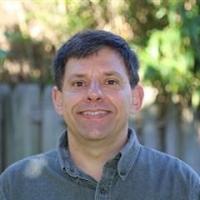 Vince Verges has overall responsibility for Florida’s K-12 statewide summative assessment system, as well as the Florida Teacher Certification Examination and the Florida Educational Leadership Exam. He has been with the Department for sixteen years, and has been involved in developing Florida’s assessments since 1999. Prior to coming to FLDOE, Vince served for ten years in Florida’s public schools and colleges as an elementary school assistant principal, high school mathematics teacher, and adjunct mathematics instructor. He was named Taylor County Teacher of the Year in 2000. Before his career in education, Vince served for seven years in the U.S. Navy as a navigator aboard the EA-6B Prowler electronic warfare aircraft. His squadron was aboard the USS Independence during Operation Desert Shield prior to the First Gulf War. He is a 1987 graduate of Florida State University and earned his MA in Educational Leadership from Florida A & M University in 2001.