Addressing Bullying Through the Use of Bibliotherapy | College of Education

Addressing Bullying Through the Use of Bibliotherapy 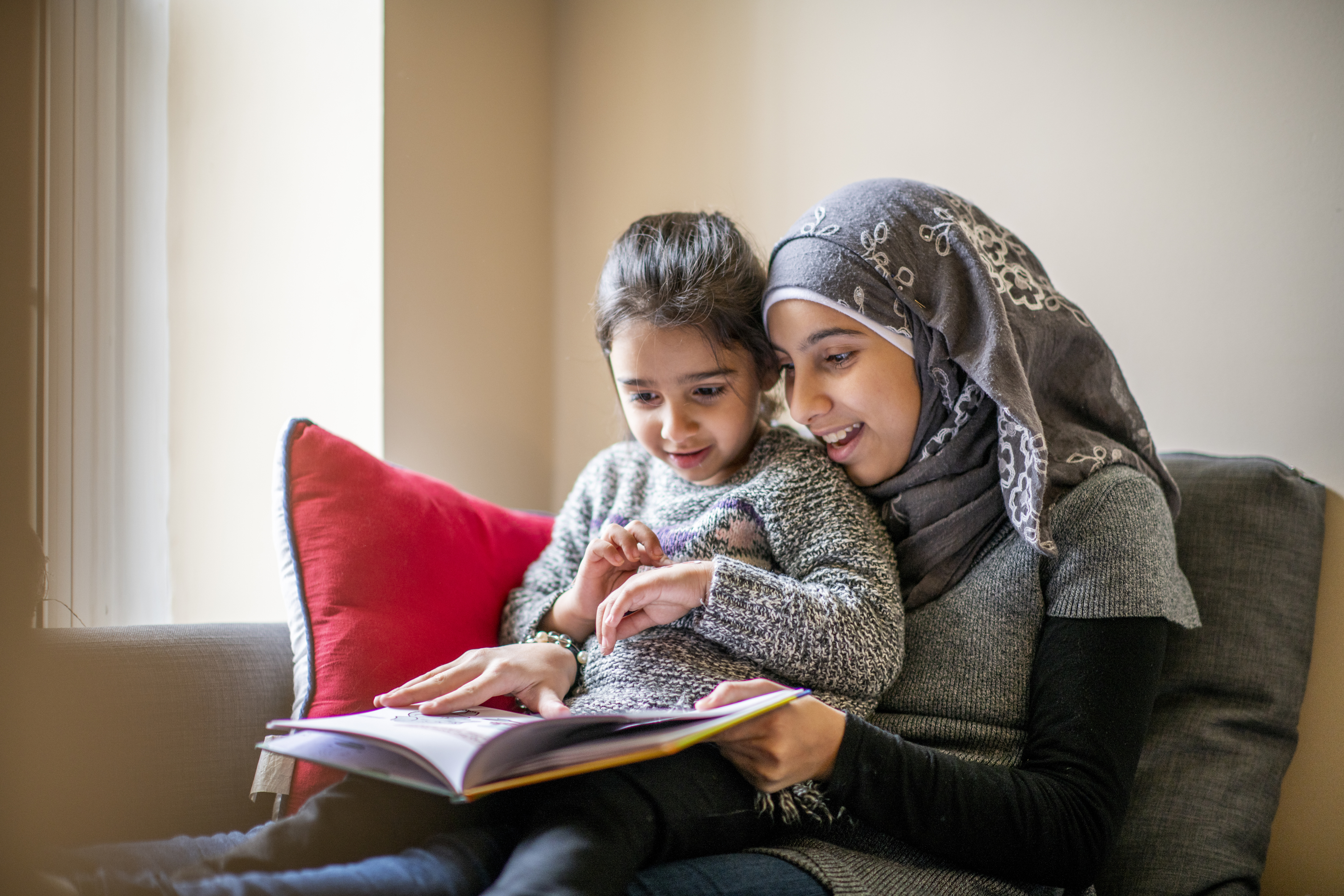 With the issue of bullying more important than ever, it is crucial to explore all tools to prevent bullying and help those affected by it. Research suggests strong associations between bullying and children's maladjustment, such as decreased academic performance, poor social adjustment, depression, and anxiety (Flanagan et al., 2013). While there are many programs in place to address this pervasive issue, some programs are expensive or require special training. However, teachers and parents must still do their part to help address bullying. The ability for classroom teachers and parents to address bullying can be an important step in preventing bullying or helping victims cope with their challenges. That is where bibliotherapy comes in.

Bibliotherapy is the use of books as a form of therapy and may be a great adjunct to classroom lessons and therapy sessions. This approach can be used by mental health professionals but can also be used by lay people, such as teachers, parents, and childcare providers. It is conducted by reading selected books either independently or in a group setting, followed by discussing the book and applying the lessons learned (Moulton et al., 2011). Current research suggests that bibliotherapy is an effective strategy in increasing socioemotional skills and decreasing anxieties (Trent & Richards, 2018), so it is logical that it could be a useful approach for youth involved in bullying.

A key aspect that makes bibliotherapy effective is a child's ability to identify with the book. Researchers on bibliotherapy believe that "the most important step when using bibliotherapy with students is to match appropriate books with the student and his or her various problems" (Sridhar & Vaughn, 2000, p.75). Providing books that align with current bullying research is another crucial step in providing effective bibliotherapy with accurate information. Books used in bibliotherapy that target the individual or group and align with current bullying research may be able to play a role in helping children affected by bullying as well as bully prevention (Moulton et al. 2011).

Madison Woodall, a graduate student in the School Psychology M.S./Ed.S. program, and Dr. Lyndsay Jenkins, associate professor and director of the program, recently began an investigation to find children’s literature that could be used to address bullying. They conducted a literature search and found a list of 56 books for children in grades kindergarten through eighth grade (K-8). With the help of Jeff Phillips, social sciences librarian at FSU Libraries, the team set out to secure the books. FSU Library now houses a collection of 37 children’s literature books related to bullying, with more on the way. 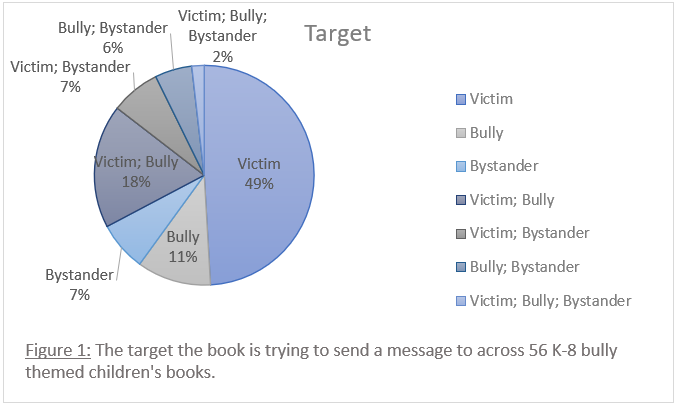 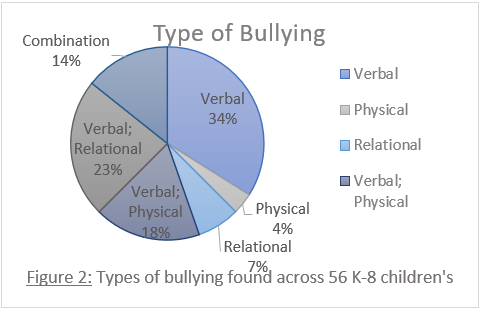 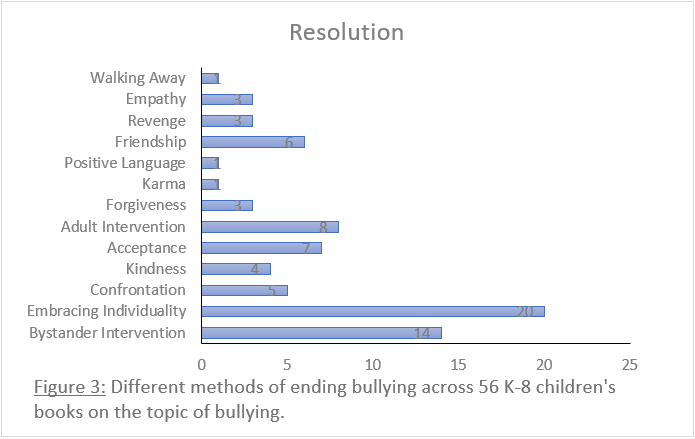 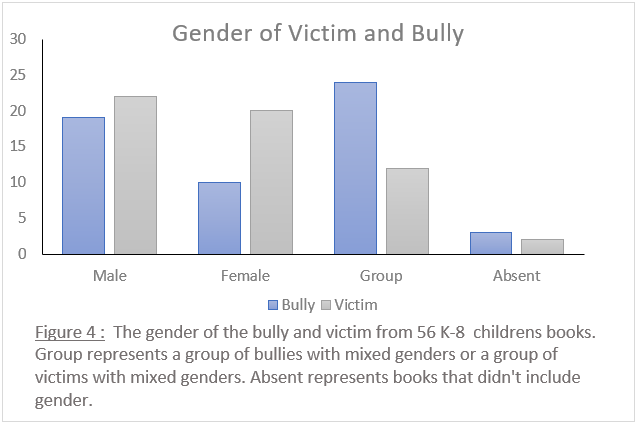 The books had 13 different major themes. The three most popular themes were standing up for others, acceptance, and friendship. Standing up for others and acceptance were the most popular themes—both represented in 15 different books each. We define acceptance as acknowledging one's self-worth or embracing their individuality. Friendship was the theme of 13 books. The remaining themes (identity, making the best of a situation, popularity, bravery, consequences for your actions, empathy, family, doing the right thing, kindness, and peer pressure) had less prevalence. 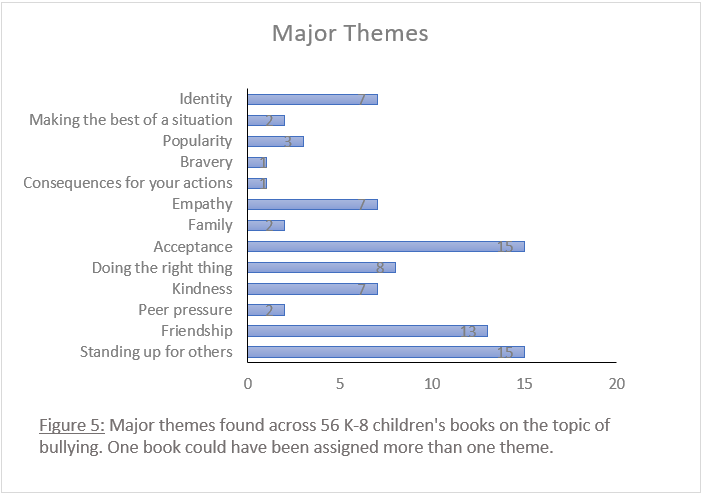 A limitation of this study is the lack of diversity found within the bully-themed children’s books when it came to race and ethnicity. The majority of the books’ main characters were Caucasian, making up 34% of the books. In 29% of the books, race/ethnicity was not mentioned. Non-human characters were depicted in 21% of the books. Indian, Japanese, and Muslim made up 2% of the books each, and Hispanic, South African, and Black made up 4% each. Expanding upon the diversity in children’s bully-themed literature is essential due to the nature of bibliotherapy. A critical component that leads to success in bibliotherapy is a child’s ability to identify with the book; the lack of diversity provided in the literature collection limits its effectiveness for certain populations. A search will be conducted to find more diverse books to make the study more inclusive.

Woodall and Jenkins created a spreadsheet that lists all the books they selected and includes important information for each book. The chart created can be used as a guide for teachers or parents to select appropriate books for individual children. They have included the number of AR points associated with each book, if available. The chart can be found here.